As a UI/UX designer, you need to ensure that your work setup is optimized properly. A computer is one of the cornerstones of a proper setup. 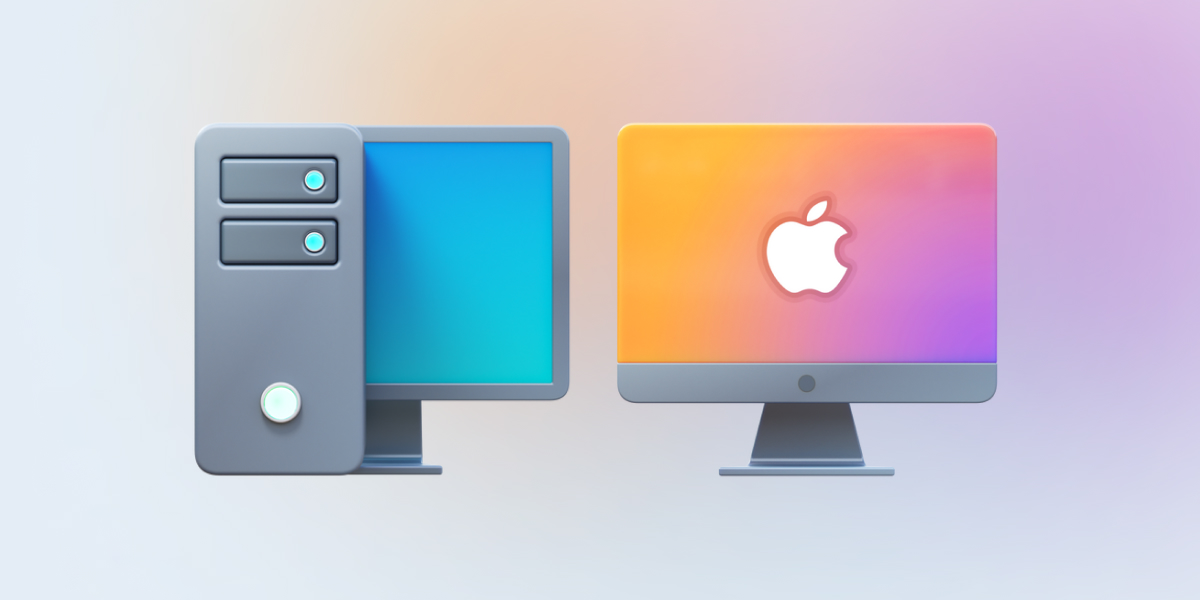 Suppose you are relatively new to UI/UX design. In that case, you are likely going to underestimate how much goes into picking the right computer, finding the right accessories and software, becoming an experienced user, and making sure that you maintain everything in good condition.

Consider this article as a computer guide for UI/UX designers.

Choose the Right Computer for Yourself

Let's start with choosing the right computer. There is one focal point—the choice between a laptop and a desktop computer. Naturally, both options have their pros and cons.

The biggest advantage of a laptop is its compactness. You do not have to worry about dedicating that much space in your room if you have a laptop. Not to mention that you will have a much easier time traveling if you need to take the computer with you.

Laptops also come with integrated keyboards and screens, which means that you do not have to spend money on external computer accessories as much. A trackpad, which is a computer mouse replacement, can feel a bit clunky, so you might end up getting a computer mouse anyway.

In terms of hardware, for the same price, laptops are inferior to custom-built desktop computers. On the other hand, as a designer, you might not need that powerful hardware and want to focus on portability and compactness instead.

Some UI/UX designers prefer desktop computers because they want to focus on building a static workstation and are not too fussed about potential space problems. They prioritize computer performance and invest in accessories, such as a double monitor, to increase productivity.

Sticking to a desktop computer means that you are unlikely to change your work location, but if that is not an issue, then so be it.

Keep an Eye on Useful Accessories

After you settle down on your computer preference, you can look at available accessories to complement the work setup.

Even if you are on a laptop, you might still give in and get an external keyboard. Not every UI/UX designer has the patience to work with a laptop's trackpad either, and a computer mouse becomes one of the first purchases.

Switching from a single monitor to a double-monitor setup is quite common as well. It makes sense to use one computer screen as the primary work window and a second monitor as a reference. You do not have to switch tabs every time you need to look something up.

Many UI/UX designers who work digitally also get a graphics tablet and a stylus pen. With these two accessories, you can still draw with your hand and replicate that feeling of using a piece of paper. It's just that your drawings appear on a computer's screen thanks to connecting the tablet to the computer.

If you prefer to replicate drawing with your hand, a graphics tablet and a stylus pen are definitely the two accessories that you need to prioritize as a designer.

Avoid Clutter on the Computer's Drive

Despite the fact that you might be using the computer solely for work, do not underestimate how much junk accumulates over time. The amount grows even faster if you also rely on your computer for entertainment and other stuff.

As a rule of thumb, you need to free up storage on a computer on a regular basis. For one, it becomes much easier to find what you are looking for when you do not have to go through redundant files over and over.

Poor storage management also causes computer performance issues. Ending up with just a few gigabytes of free space should not be something that happens in the first place.

If you invest in a computer with a decent amount of storage, you might not notice the problem for a while, but the sooner you get in the habit of clearing unnecessary files on the device, the better.

Besides removing data permanently, you could also utilize external storage options, such as:

You can transfer files to external storage and store them there for safekeeping. And when you need a file again, access it from your computer by going to your cloud account or by mounting the physical accessories.

Other than what was already mentioned, you should also consider other sources of potential storage issues. For instance, keeping large media files instead of using streaming services. Or not being careful enough and creating duplicate work files.

Malware and other cybersecurity threats are easy to ignore when you do not have to deal with them personally. The odds of getting attacked as an individual user are relatively small. Most hackers aim at businesses and such because they are a juicier target.

Nevertheless, you should still not underestimate how much of a problem malware can cause if you are not careful. And do not leave everything to chance. Take the necessary precautions while using your computer so you feel safe knowing that your work files are not going to get corrupted or your personal information gets exposed.

Overall, your home Internet network should be pretty secure, so having antivirus software installed ought to be enough. Just make sure that the antivirus is running in the background and that you perform custom system scans now and then.

Things are a bit different when you are using public networks. If you like to work in cafes, libraries, etc., encrypt your data with the help of a virtual private network since public Wi-Fi is prone to hacks that can transfer to your computer.

Most designers have the tools they are used to and comfortable working with. Some notable examples include Adobe Photoshop, GIMP, Lunacy, Corel, Visme, etc.

Having said that, a UI/UX designer's work consists of more tools, not just the primary software that they use to create designs.

One also needs to stay in touch with clients or coworkers. Emails might feel a bit outdated, which is why tools like Slack are becoming more and more popular.

And what about organizing and keeping track of everything? Trello is a handy tool for that. You might even find value in Google Chrome extensions. Quickly looking up some details on your browser instead of looking for dedicated software for a simple task does not sound that efficient.

As a side note, you should also keep an eye on software updates and install them whenever they become available. The latest version ensures that you are not missing out on security and performance upgrades, as well as the most recent features.

Keyboard shortcuts are an excellent way to become more productive while working on your computer. As a designer, you might not rely on the computer keyboard that much, especially if you are using a graphics tablet and a stylus pen to draw. However, it does not mean that you ought to discard keyboard shortcuts.

The sheer number of available keyboard shortcuts can be overwhelming, which is understandable. On the other hand, if you take it slow and learn shortcuts little by little while using the tool, you are bound to master it eventually.

An extra precaution in the form of a data backup should be something everyone does, not just UI/UX designers.

You cannot expect that your computer's hardware will last forever. Sooner or later, it will break down, and you cannot predict when that will happen. The risk of losing important work files is not worth it.

Imagine working on a project and not finishing it, only to wake up one day and realize that your computer's hard drive stopped working and you cannot restore the data.

Use either cloud storage or external storage accessories to back up computer files. And if you cannot be bothered to back up all the data, at least create copies of important work files.

Disable Notifications and Other Distractions

While working on a computer, you want to avoid potential distractions. If you are getting constantly bombarded with random notifications, it is to be expected that your overall work productivity suffers.

Do not waste minutes paying attention to random pings and pop-ups. Go to the notification management tab in the operating system settings and disable notifications from redundant applications.

If you have other distractions, such as the desire to visit a random website instead of working, enabling a block feature in your internet browser might also be a necessary step. Not to mention deleting entertainment app shortcuts on the desktop to get them out of your vision.

All in all, designers have to think about quite a few different things when they are looking to get the most out of their computers and work. From setting everything up initially to maintaining the setup in order, it takes effort to create an environment in which you can focus on your work and feel comfortable while using the computer.

Thankfully, overcoming the early struggles should not take too long. Before you know it, you are going to be set to do UI&UX design work on your computer. Sharing knowledge with UI/UX designers around the world.